St. Louis is bombed out. All the jobs went over seas, and as the top 1 millionth of 1 percent get richer and richer, the rest of the wealth and jobs gets spread globally, leaving towns like St. Louis ghettos of lost grandeur. I’ve been to St. Louis many times, but in March, 2011 I stumbled through the North St. Louis neighborhood and took these pictures. The carnage went on for blocks and blocks and blocks.

The pictures below were all taken on March 20, 2011. This article was originally posted on paperbacknovel.com in August, 2014. 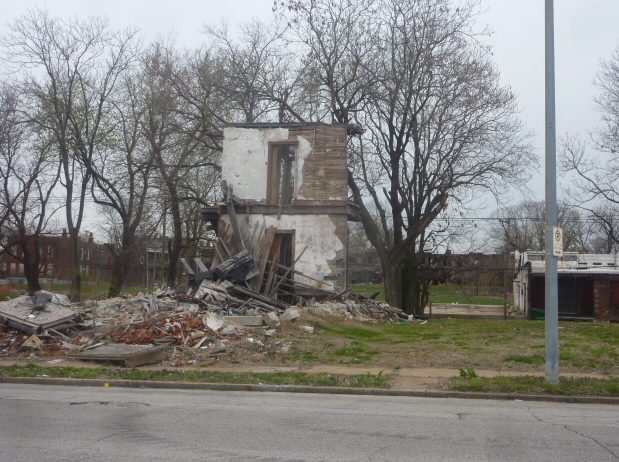 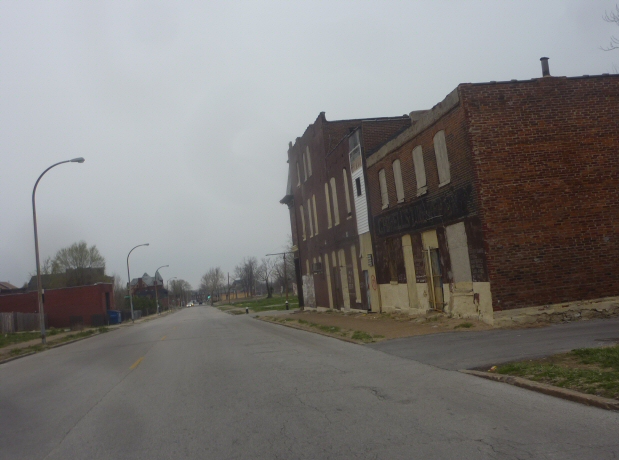 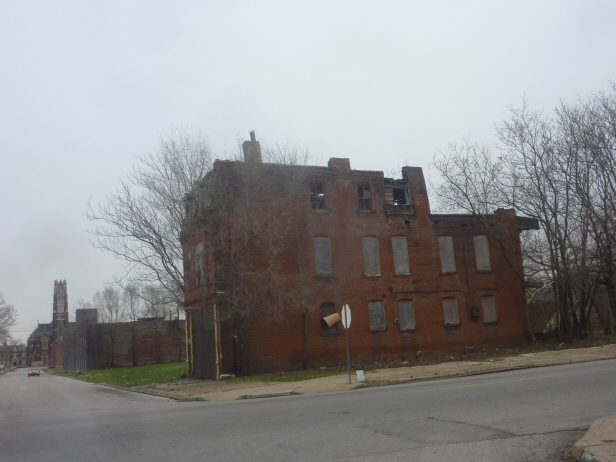 So many bombed out buildings — no roofs, missing windows, boarded up, and then so many empty fields where there had been buildings that had already been demolished. Ghost town. 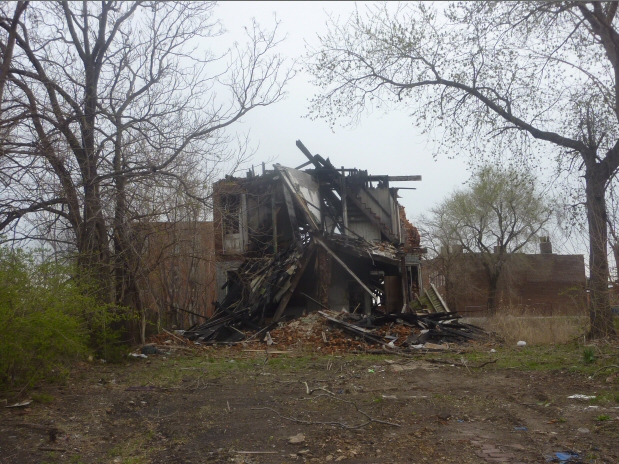 If you like brick, you’d love St Louis’s northern end. 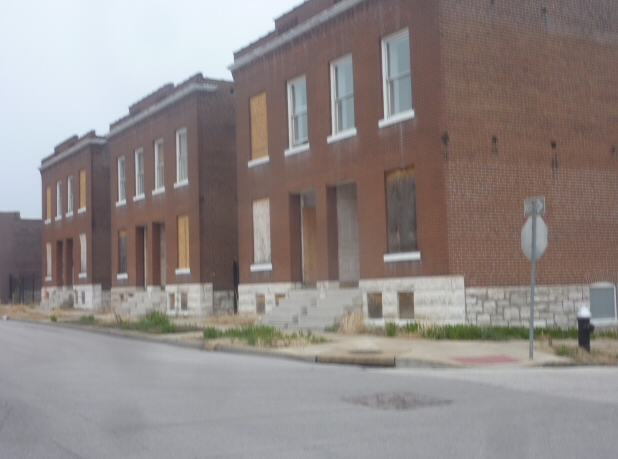 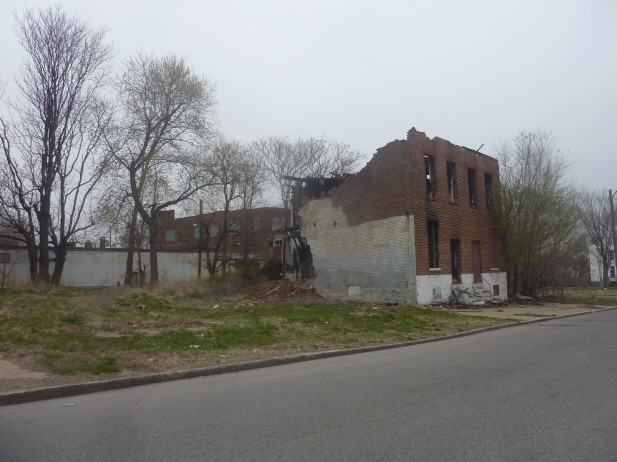 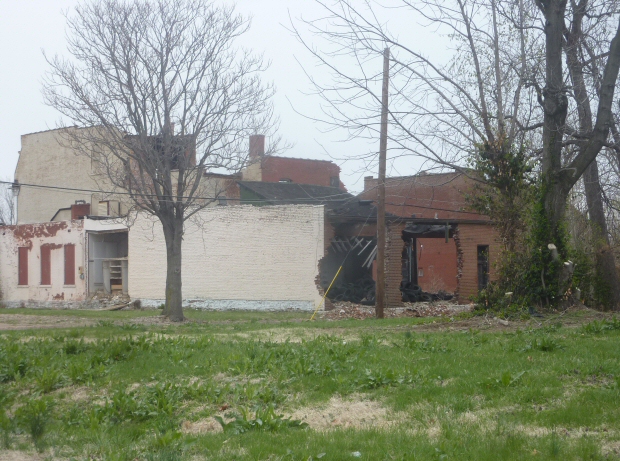 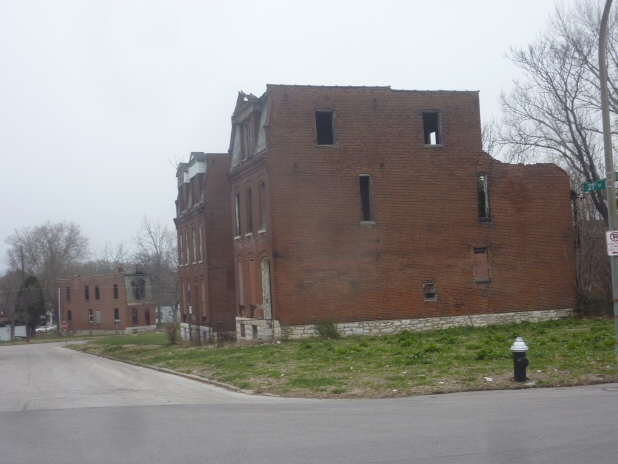 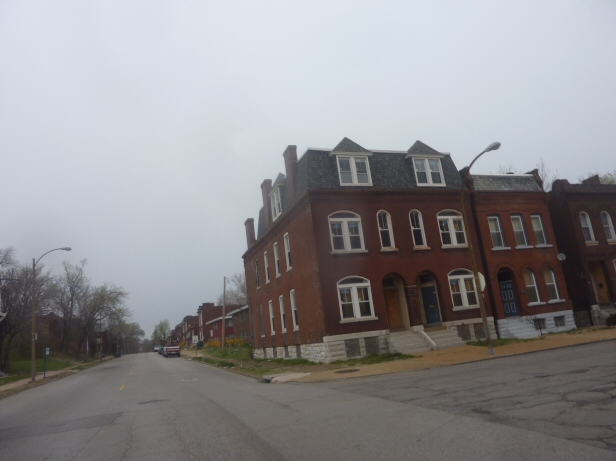 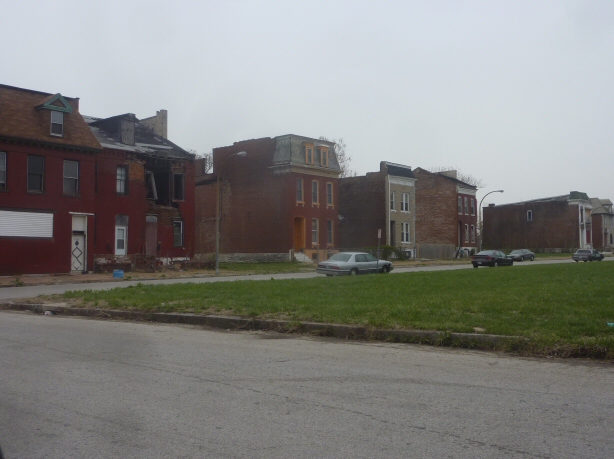 People were living here and there, in these buildings, mostly boarded up. 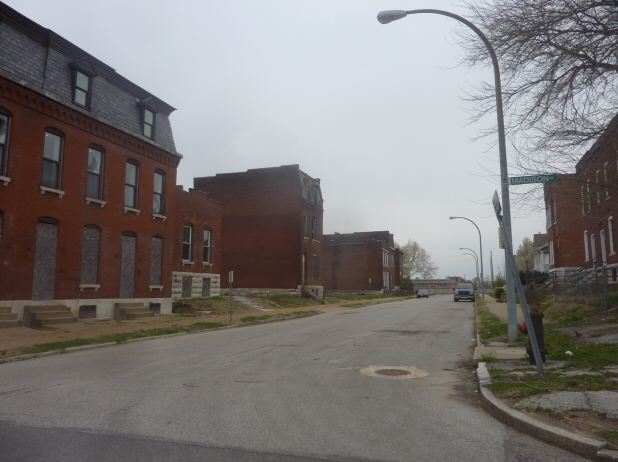 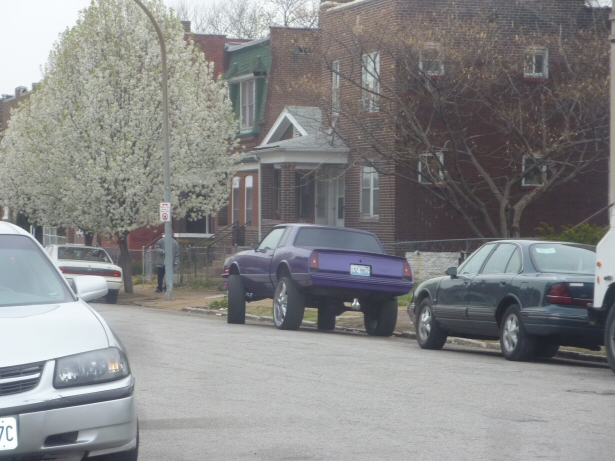 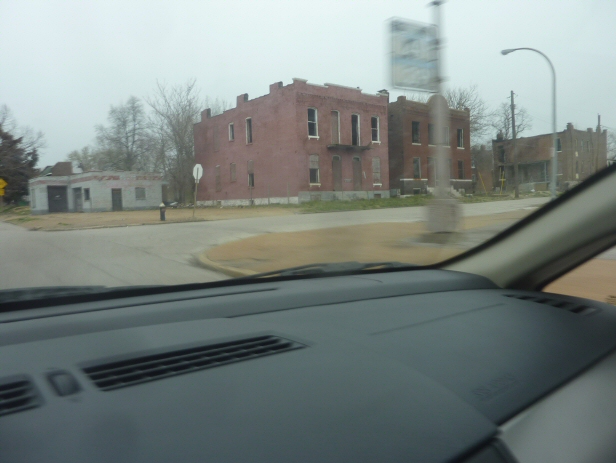 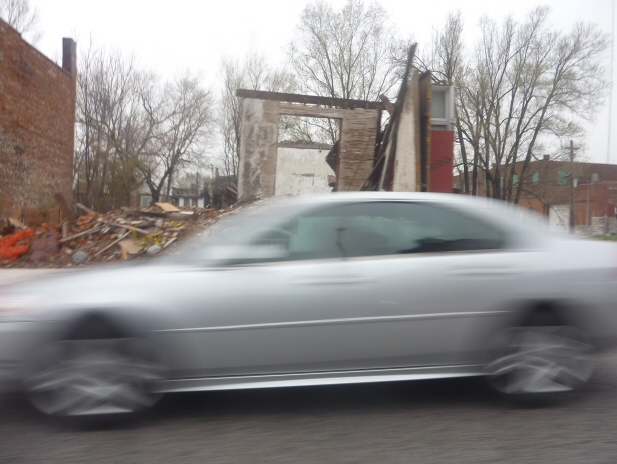 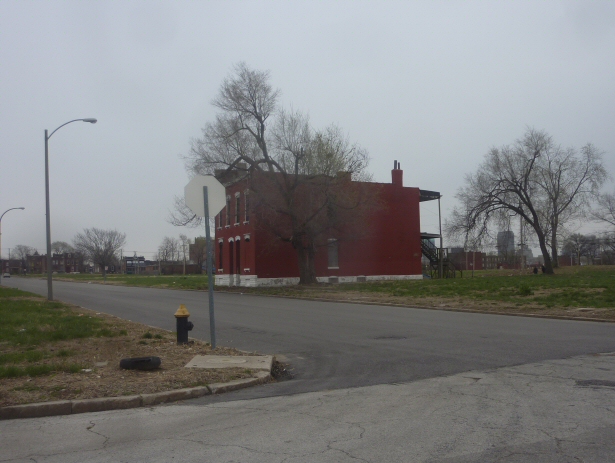 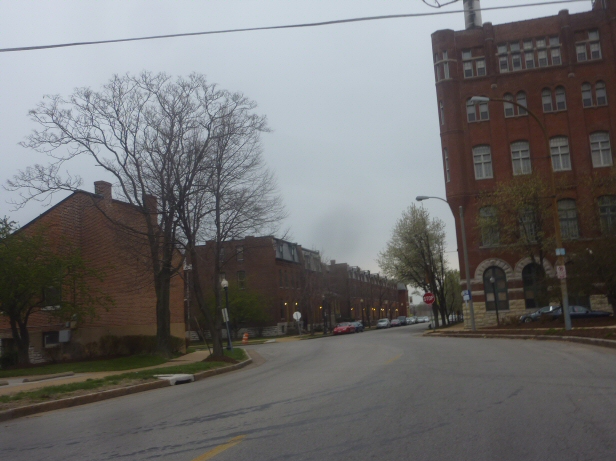 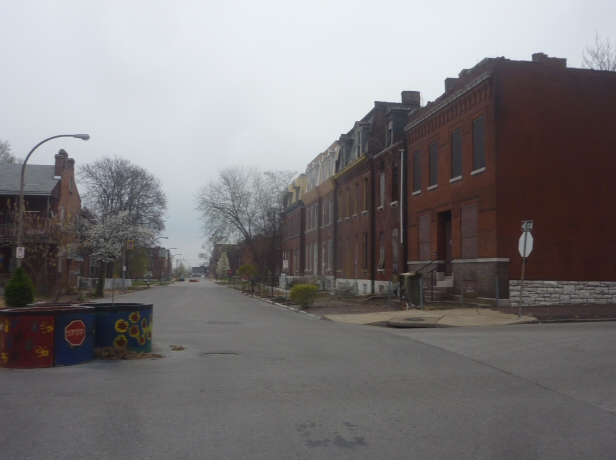 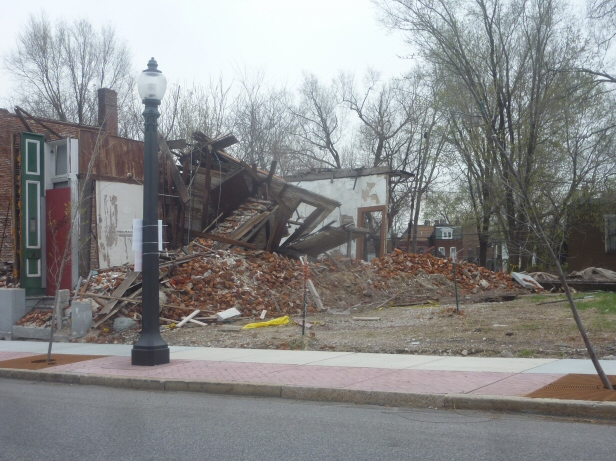 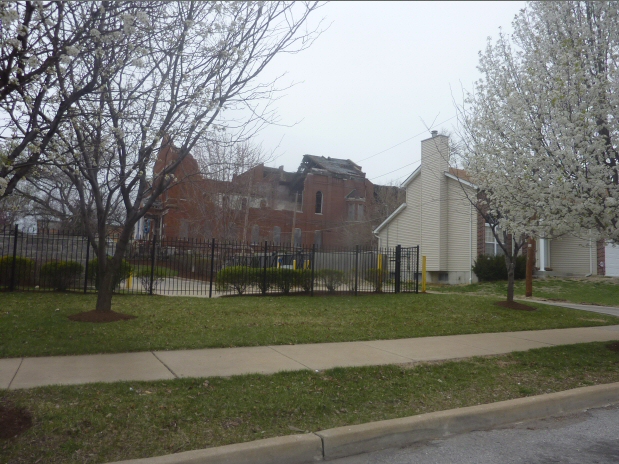 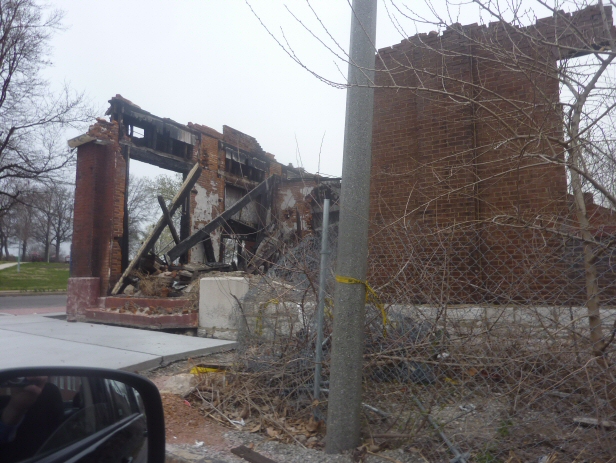 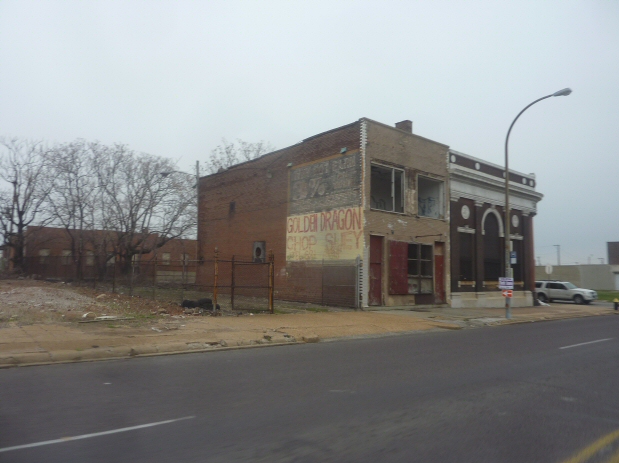 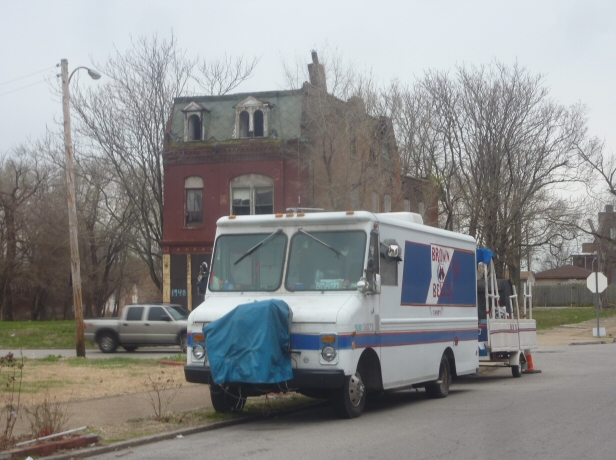 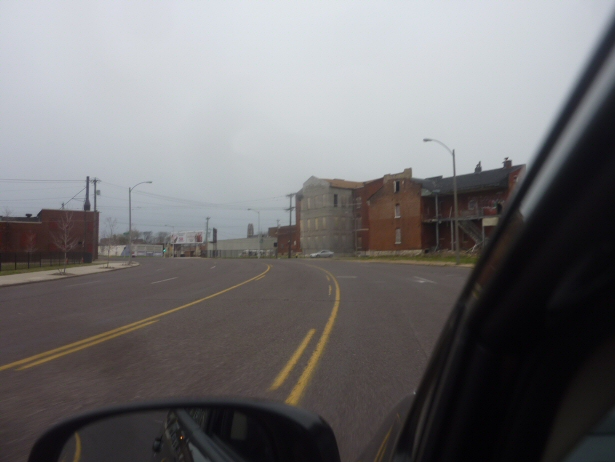 Entire streets boarded up in northern section of St. Louis. 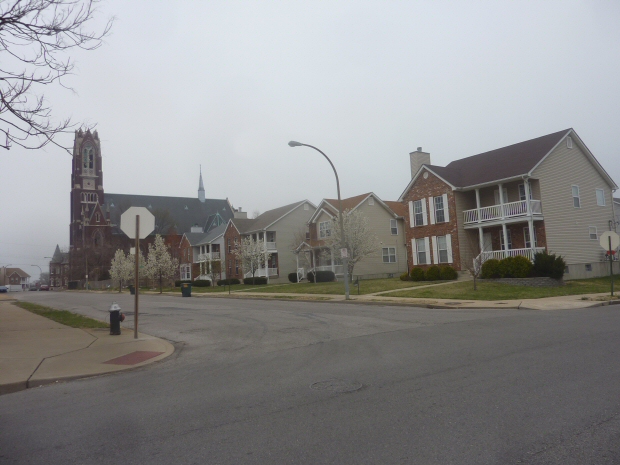 A new development in the northern section of St. Louis. 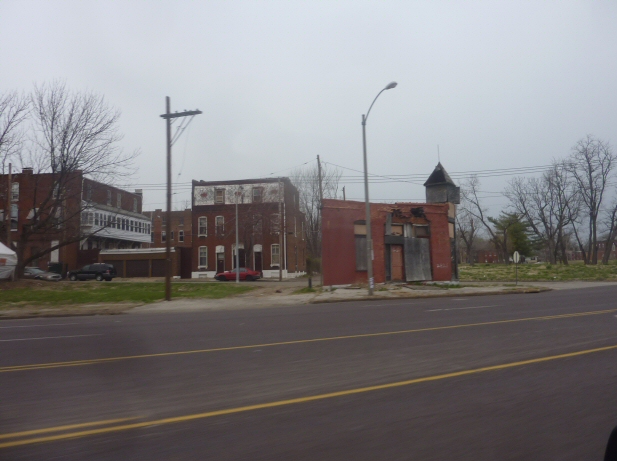 All businesses on main drag were boarded up. 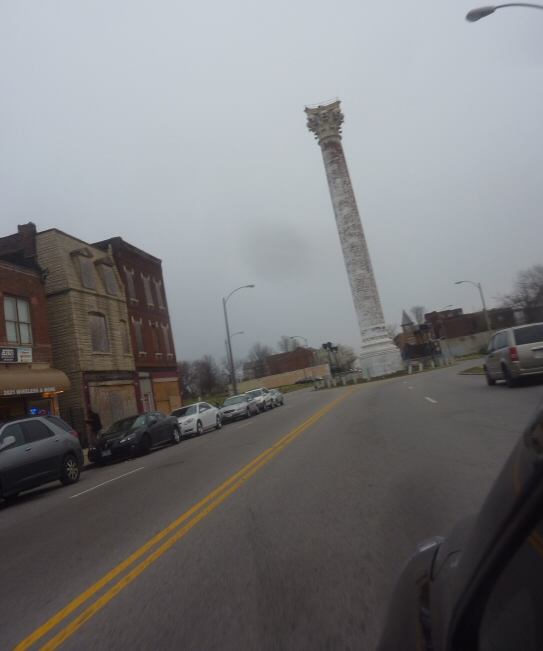 The North St. Louis Water Tower. Located at North Grand Blvd and 20th Street. According to web resources, this 154-foot Corinthian brick column was built in 1871 to create pressure to pump water from Mississippi River at Bissell’s point to the Compton Hill Reservoir at South Grand Blvd. It was taken out of service in 1912 when electric water pumps replaced steam pumps at Bissell’s point. Put back in service as an air beacon in 1929. Listed on National Register of Historic Places in 1970.  Note boarded up buildings to its left.