Smallwood, New York is a summer community in the Catskills — THE Catskills — physically located in the southeastern part of the Catskill Mountains and with mountains not as big or steep as those by Hunter Mountain — but is in the area that became famous in the 1930’s thru 1960’s because of the entertainment at the local resorts such as Concord and Grossingers — when people like Dean Martin and Jerry Lewis and Frank Sinatra et al headlined.

Or maybe those hotels became famous because this southeastern area of the Catskills was readily accessible by drive from NYC — back in the days before air conditioning, when women did not work and instead spent the summers upstate in the cool mountain air with the children and the husbands came up on the weekend. That life by the way was also enjoyed in other parts of the world for example Lebanon.

But by the 1980’s women went to work and everyone had an air conditioner and airplane travel had become commonplace — and so the Catskills died out in popularity. The transition took place in the 1970’s. Smallwood was always teeming with children until all of the above happened. These days when you go to Smallwood there is nary a kid around.

Remnants of lost grandeur exist — like Otto’s Garage which used to be the hub of Smallwood in the 1960’s and 1970’s — with old man Otto working tirelessly under car after car — cussing at times — fixing what other more expensive and fancy repair shops couldn’t fix — with a fleet of hundreds of cars in the field behind his garage there for spare parts. And there was a time in the 70’s when Otto had a monkey who used to bandy about. 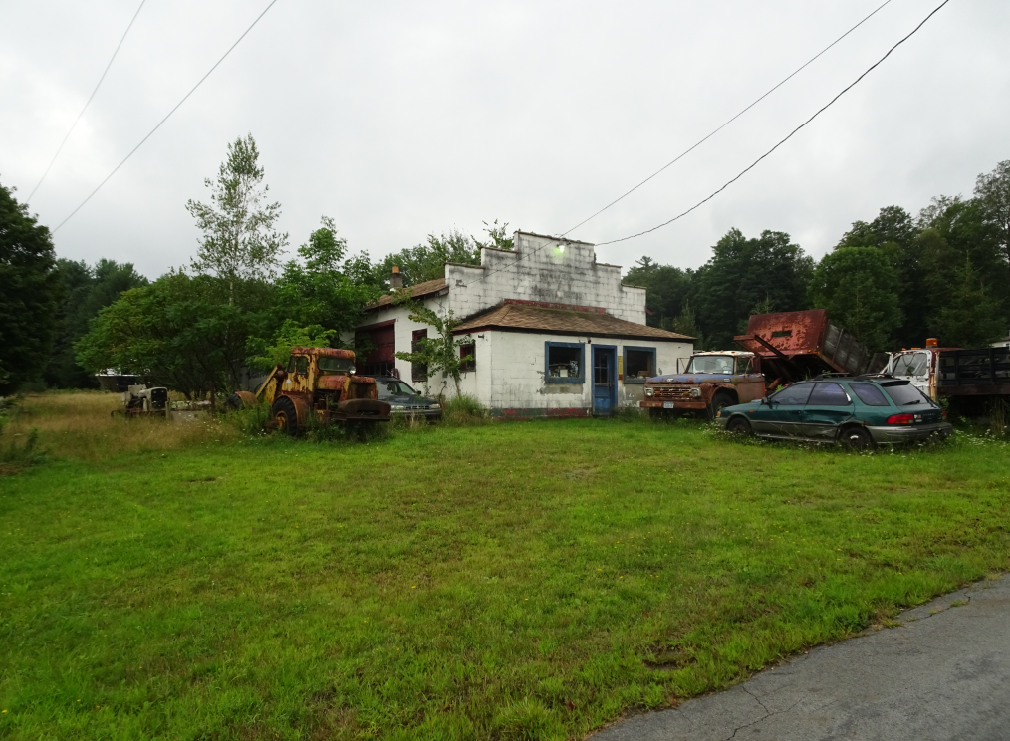 You can see still see some of the old cars behind Otto’s: 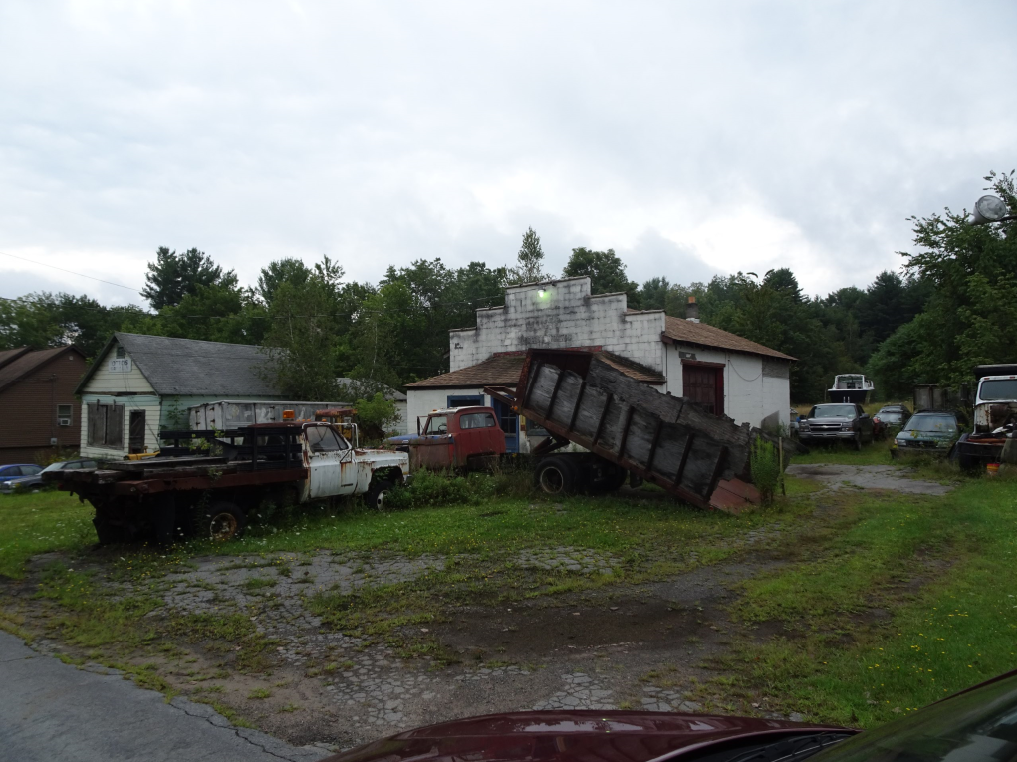 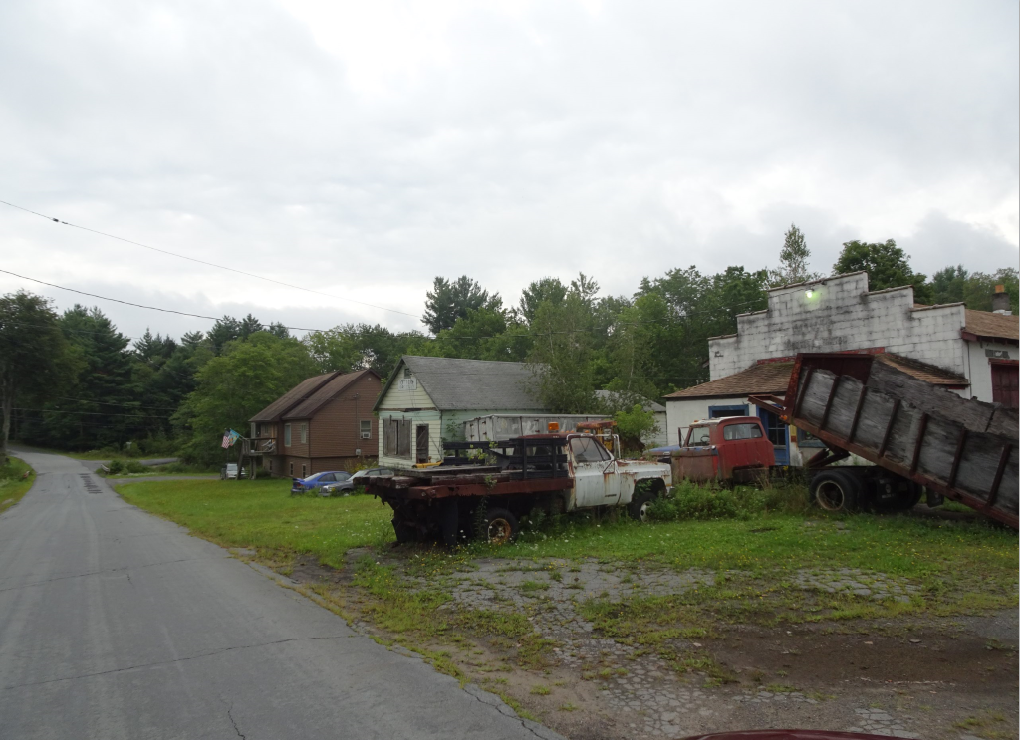 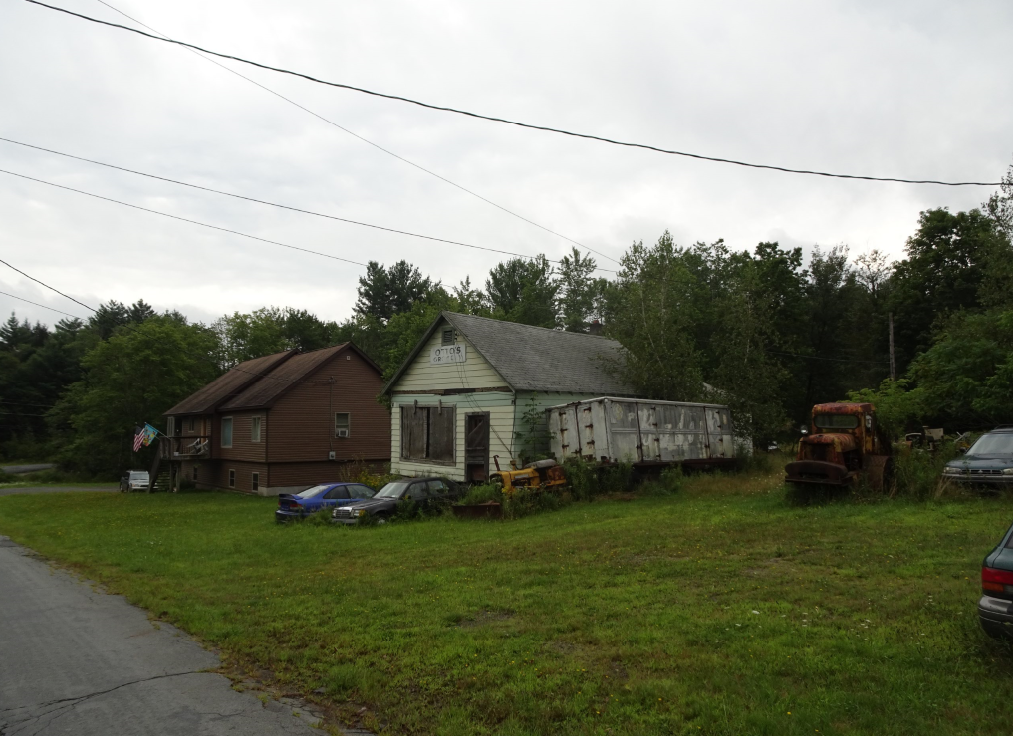 This is what Otto’s looked like in the 1970’s — that is Otto himself working on a car: 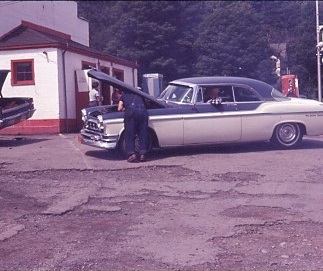 Smallwood lake is a serene lake these days — and you can catch Pickerel and Sunnies and Perch and the occassional large-mouth bass. The lake is about a mile long by half a mile wide.

A large mouth Bass caught with a lure. 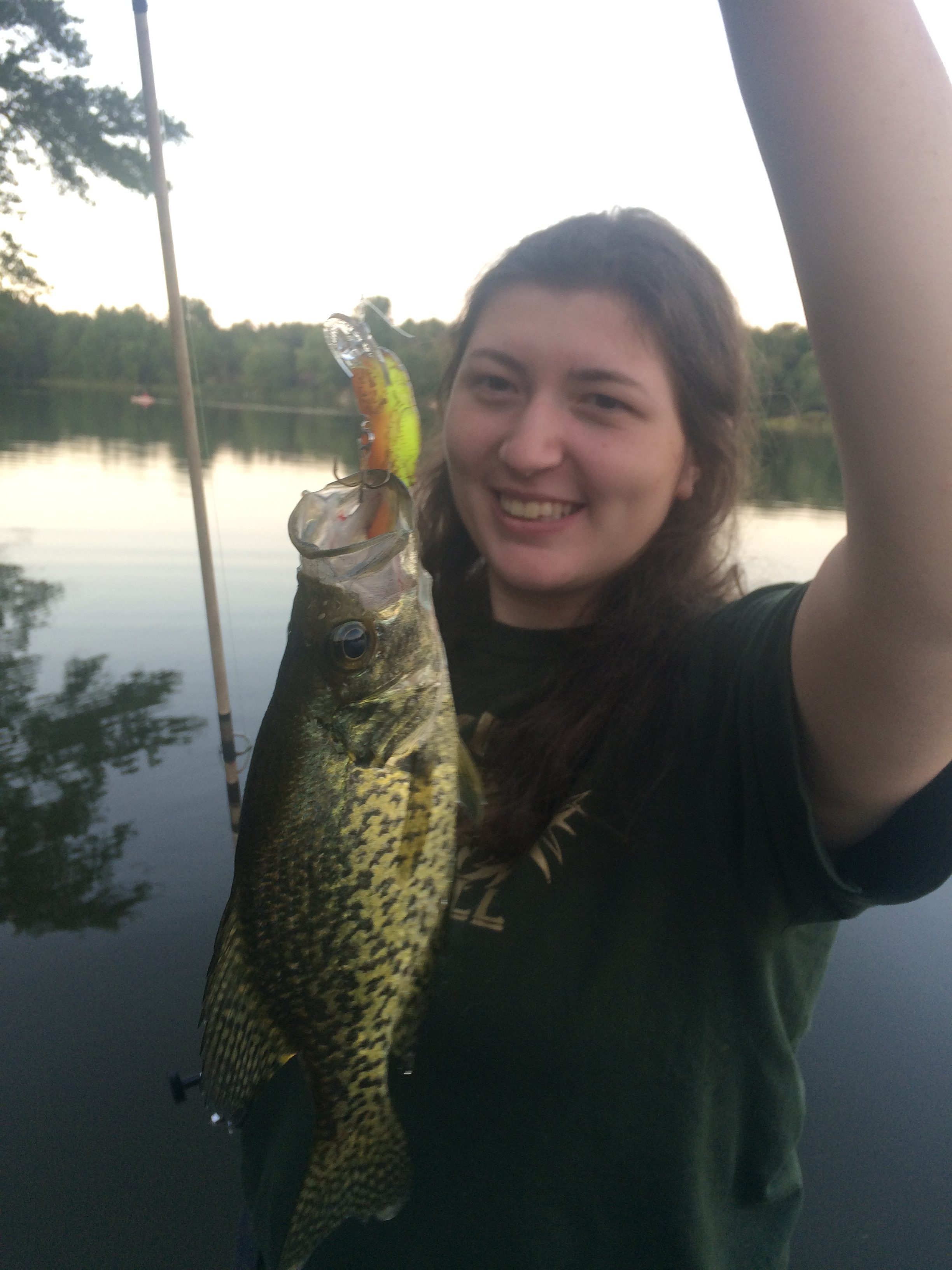 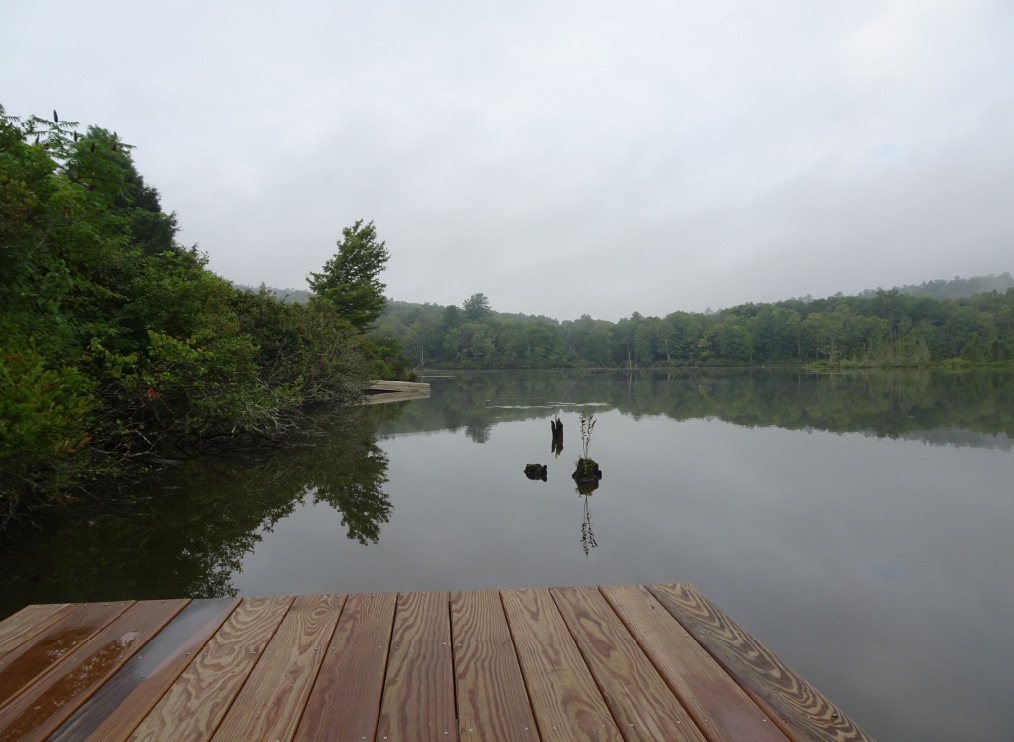 The cabins from the 1930’s were made with a log-cabin-esque wood. They are now known as “Vintage” Smallwood cabins. 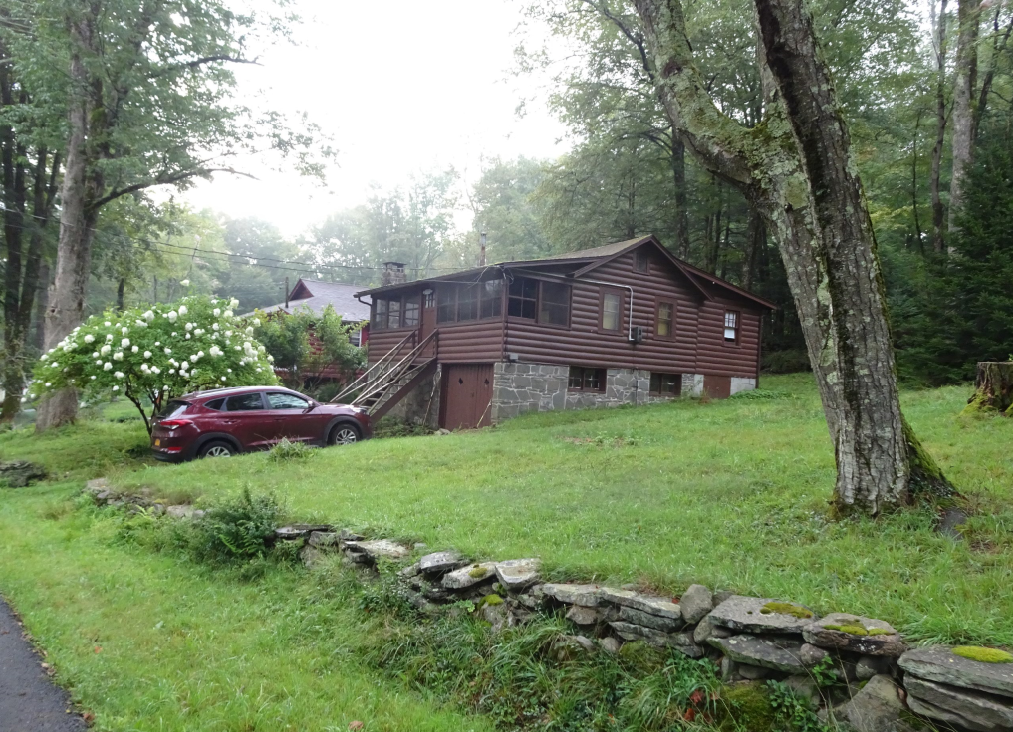 Nearby Smallwood is a big lake with deeper water that is called White Lake on the western end and Kiamesha Lake on the eastern end. Same lake. There are restaurants on the lake by Kiamesha. 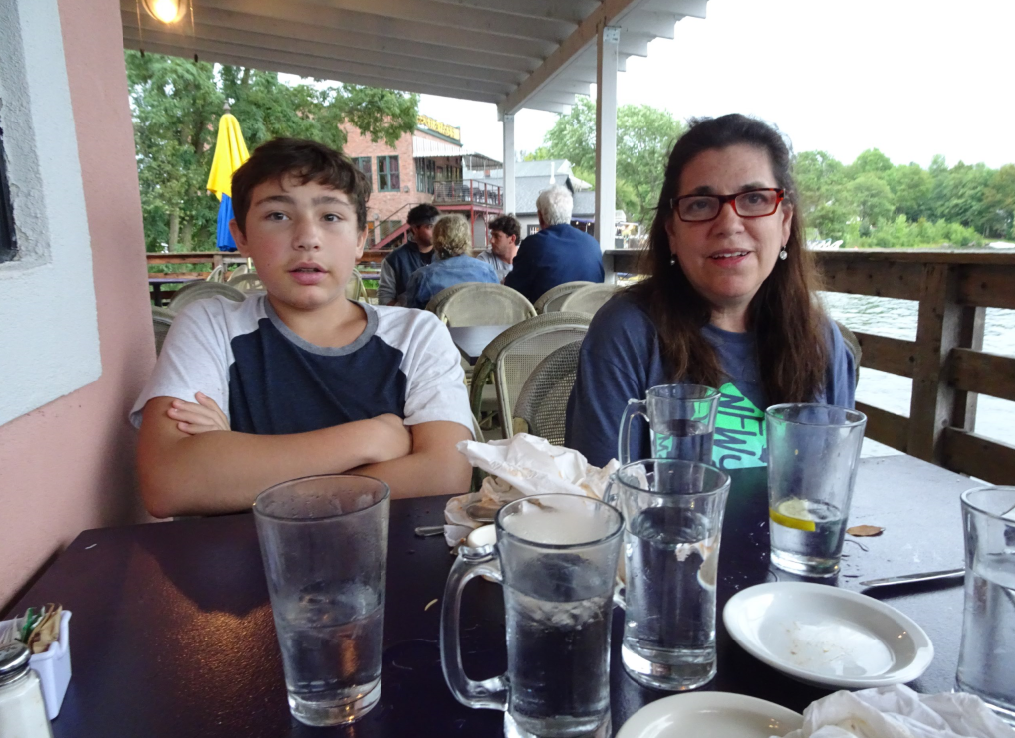 Restaurants on Kiamesha Lake. In the 1960’s the Woodstock concert was held only 5 miles away, and in the movie, the owner of Vassmer’s general store was interviewed. Vassmer’s Store is now something else — but the building remains and is at the far end of this row of lakeside restaurants. 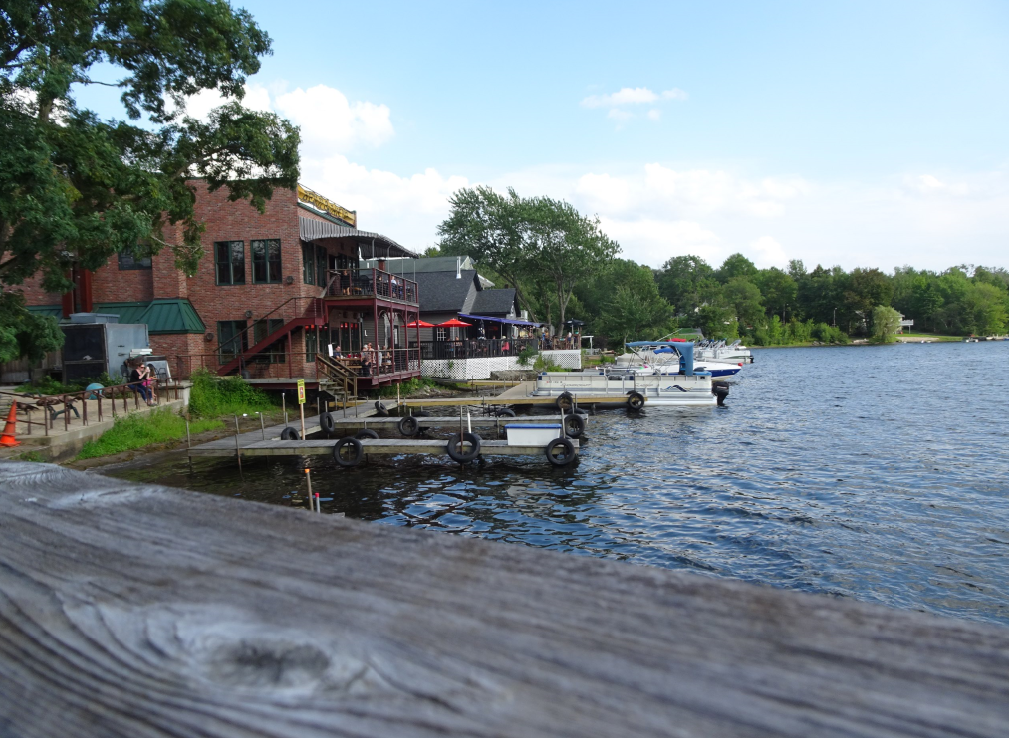 Here are some articles on Smallwood:

On Purchasing a Home in Smallwood — including info on Wells & Cesspools